On January 19, 2018, the Captain Molly Corbin Chapter, NSDAR celebrated the 100th Anniversary of John Fitzgerald Kennedy’s birthday.  A reading of his final speech seemed to be a good starting place to honor our 35th President. After researching his last two speeches, it was determined that his Penultimate “parking lot” Speech would be the most appropriate tribute.  This was an unrehearsed speech given to the crowd who had been gathering in hopes of catching a glimpse of the president before his scheduled speech to the Fort Worth Chamber of Commerce.  Simply put, it had humor, enthusiasm and most of all hope for the future. Chapter members met at the JFK monument in downtown Fort Worth which back in 1963 had been the parking lot of the Hotel Texas.  To set the stage for the public reading of the Penultimate Speech a member read a synopsis of the speech’s background and showed a picture taken by Cecil Stoughton, White House photographer of President Kennedy giving the speech.  One by one each member took turns reading portions of President Kennedy’s second to the last speech.  When the speech was completed, yellow roses were laid at the base of the eight foot bronze statue.  Surprisingly, our commemoration created awareness in the public that day.  Those who were passing, stopped, listened and asked if we had any extra copies of the speech!  We concluded our Commemoration with a tour of the Sixth Floor Museum in Dallas on Saturday.

Links to the speech: 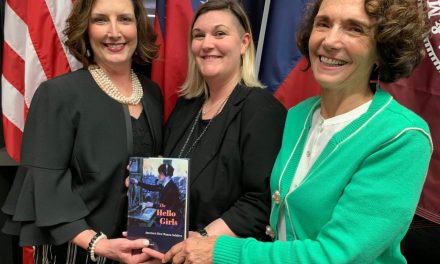 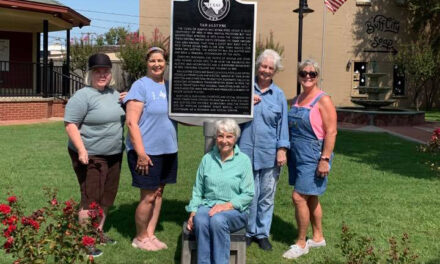