In recognition of her distinguished lifetime and experience in conservation, Daughter Nancy Stallworth Thomas was the recipient of the NSDAR Conservation Medal for 2020-2021.

She was recognized on March 12, 2021, during the 122nd Texas Society DAR State Conference. Though Mrs. Thomas was unable to attend in person due to COVID-19 restrictions, the John McKnitt Alexander Chapter was pleased to ensure she could be there in spirit by sponsoring a cardboard cutout with her photo so that she could be “present” during the awards ceremony. Last October, Mrs. Thomas became a 75-year member of the DAR, serving 70 of her years as a member of Houston’s John McKnitt Alexander Chapter. Her mother-in-law, Mrs. Loretta G. Thomas, served as Texas State Regent (1952-1955) and as NSDAR Vice President General. During Nancy’s early years in the DAR, she was the personal Page for NSDAR President General Gertrude Carraway at the 1956 Continental Congress, sharing the stage with then Senator LBJ and Vice President Nixon.

Over thirty years ago, it became Mrs. Thomas’ dream that Houston have its own Botanic Garden.  After traveling around the world visiting famous gardens, her decades-long dream became a multi-million dollar public and private initiative that finally came to fruition in September 2020.  A number of years ago, when many believed the garden may never happen, Nancy, with her sharp wit, quipped that she was determined that Houston open a botanic garden above the ground before she was below ground. The 132-acre site is now an oasis in Houston that serves the Space City by “enriching life through discovery, education, and the conservation of plants and the natural environment.” Mrs. Thomas left home to attend Sophie Newcomb College and Tulane University, yet she never left behind her childhood love for horticulture that has blossomed throughout her lifetime in the areas of conservation and education. She has served as the President of The Garden Club of America, as a Board Member and First Vice President of the American Horticulture Society, as a three-term President of the Lady Bird Johnson Wildflower Center Board, and has served in national leadership roles on the boards of The Garden Conservancy and the Center for Plant Conservation. Odette Mace, a John McKnitt Alexander Chapter member, has known Mrs. Thomas her entire life and recalls, “Nancy is never one to grab the spotlight. Instead, she always points out the hard work of others, many of whom were inspired and mentored by her kind and knowledgeable support.”  Mrs. Thomas’ extensive experience in conservation has provided her with numerous awards and accolades including The Garden Club of America’s Achievement Medal, Zone IX Creative Leadership Award, Horticulture Award and Mentoring Award. She was also awarded the Meritorious Service Award by the American Horticulture Society. Mrs. Thomas has been recognized as a Life Director of the Lady Bird Johnson Wildflower Board and as President Emerita for The Houston Botanic Garden.

It is no surprise that this protector of rare and endangered plants paved the way for a strong commitment to horticulture not only in her home city of Houston, but throughout the United States. Mrs. Thomas’ lifetime commitment to conservation has made an amazing impact that will live on for many decades to come. Nancy Stallworth Thomas is a member of the John McKnitt Alexander Chapter, located in Central Houston. The chapter meets the second Tuesday of the month between the months of October and May.

To learn more about the DAR, chapters, and awards, visit: https://www.dar.org/ 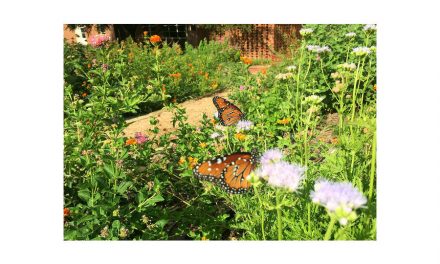 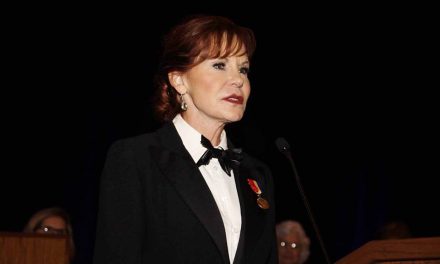 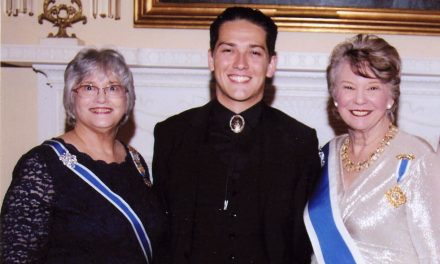 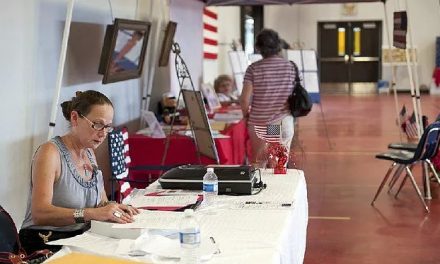